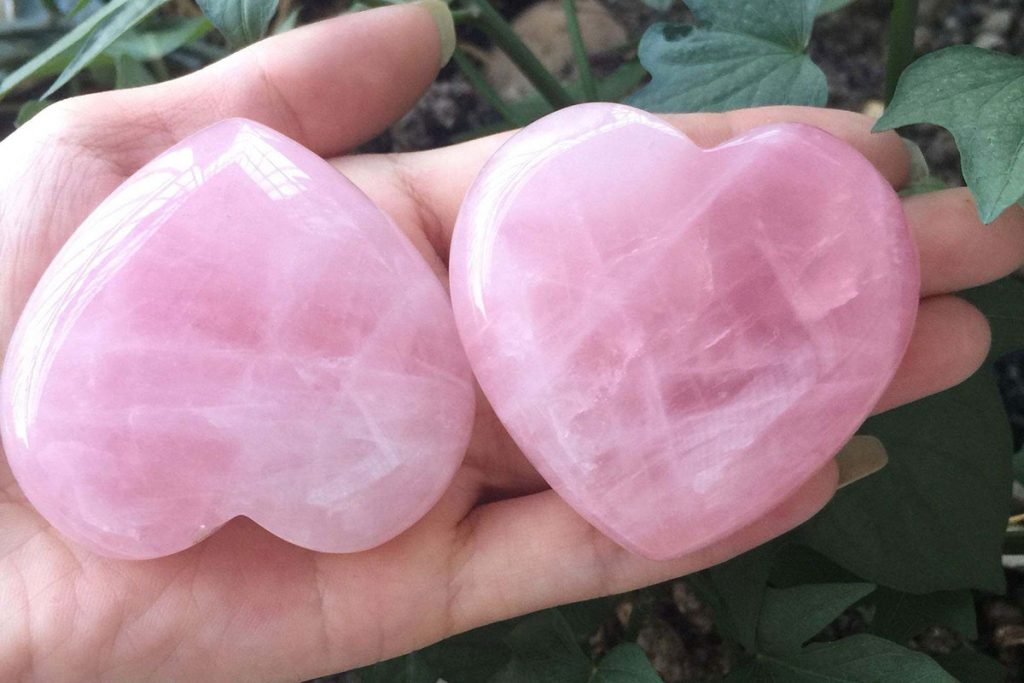 Quartz is an old German word that originally meant hard or tough. It is the most common mineral in continental crust and the simplest chemical formula: silicon dioxide or SiO 2. Quartz is so common in crustal rocks that it is more pronounced when it is absent than when it is present. Among them, rose quartz is pink due to its trace of titanium. Pure quartz can pass ultraviolet, visible and infrared in a certain wavelength range, and has properties such as optical rotation, piezoelectricity and electrostriction. The transparency of rose quartz ranges from opaque to semi-transparent to transparent. Next, Let me introduce the origin of rose quartz, where the best quartz is produced, and the identification and selection of rose quartz.

The origins of rose quartz are mainly Brazil, Madagascar, Mozambique, South Dakota, Colorado, and the East China Sea. Most of the rose quartz minerals are massive and are produced in pegmatites in various places. The texture of the crystals that grow on the upper layer of the rose quartz ore is also better. At present, the crystal pillars we see are all formed after grinding the massive ore.

Rose quartz has a pink color due to its trace of titanium. If it is exposed to the sun for a long time, it will lose its original delicate color. Transparency ranges from opaque to semi-transparent to transparent, among which very clear and bright natural crystals, we call it star rose quartz. In addition, there are powder crystal clusters in Minas Gerais, Brazil, but the output is scarce compared with white crystal clusters or citrine clusters, so the price is more expensive. Here are three more characteristic crystal producing areas.

Brazil’s rose crystal is a typical pegmatite feature, sometimes weighing hundreds of kilograms, and many quartz crystal clusters are produced in Brazil. Unlike Madagascar rose quartz, the color of Brazilian quartz does not come from other minerals, but the color of the crystal itself. Brazil’s rose crystal contains impurities such as phosphorus and aluminum on the one hand, but also receives a lot of natural radiation on the other. Aluminum and phosphorous replace the silicon in the crystal. These crystal defects form “color centers” under the action of radiation. Light of a specific wavelength is absorbed by these color centers, resulting in the unique pale pink color of quartz.

Mozambique is the most transparent of the three producing areas and has a unique starlight effect. This is related to the local deposit structure, which makes Mozambique’s rose quartz contain rutile minerals and the starlight is more obvious. The characteristic of Mozambique rose quartz is its crystal, which is clean and flawless, but the color is faint. Such clean crystals are most suitable for women who are pursuing perfection. Many people can’t stand the cotton wool in natural crystals. Of course, Mozambique rose quartz is the best choice. There are not many bracelets in Mozambique. There are more necklaces made of this material.

Where is the Best Rose Quartz

Generally speaking, the rose quartz of Madagascar is the best, the color is brighter than ordinary quartz, and the color of general quartz is lighter, unless it is an additive! The ice rose quartz produced in South Africa has a lustrous color and a matte finish and luster. Brazil is currently the largest and most important commercial producing area of rose quartz.

How to Choose Rose Quartz Jewelry

The soft translucent and pink hue of this crystal is very attractive to gem and jewelry lovers. You can wear this crystal in the form of bracelets, pendants, rings, etc. When buying rose quartz jewelry, the following factors should be considered:

If you want to avoid being deceived when buying this kind of gemstone, you must learn how to identify true and false rose quartz.

How to Maintain Rose Quartz Jewelry

To maintain the beauty of rose quartz jewelry, you must maintain them regularly. Here are some tips to help you maintain your jewelry: